The goal of Smocker is to help you mock the HTTP dependencies of your application. It's a great tool for integration tests automation.

Smocker really shines in a microservice environment with an API gateway. On your development or test infrastructure, you just need to deploy it instead of your API gateway and have your application use it as the gateway.

Production environment, with an API gateway

Smocker can also be used as an HTTP proxy through the commonly used http_proxy environment variable.

Smocker also has a great user interface which we use extensively to write tests iteratively. 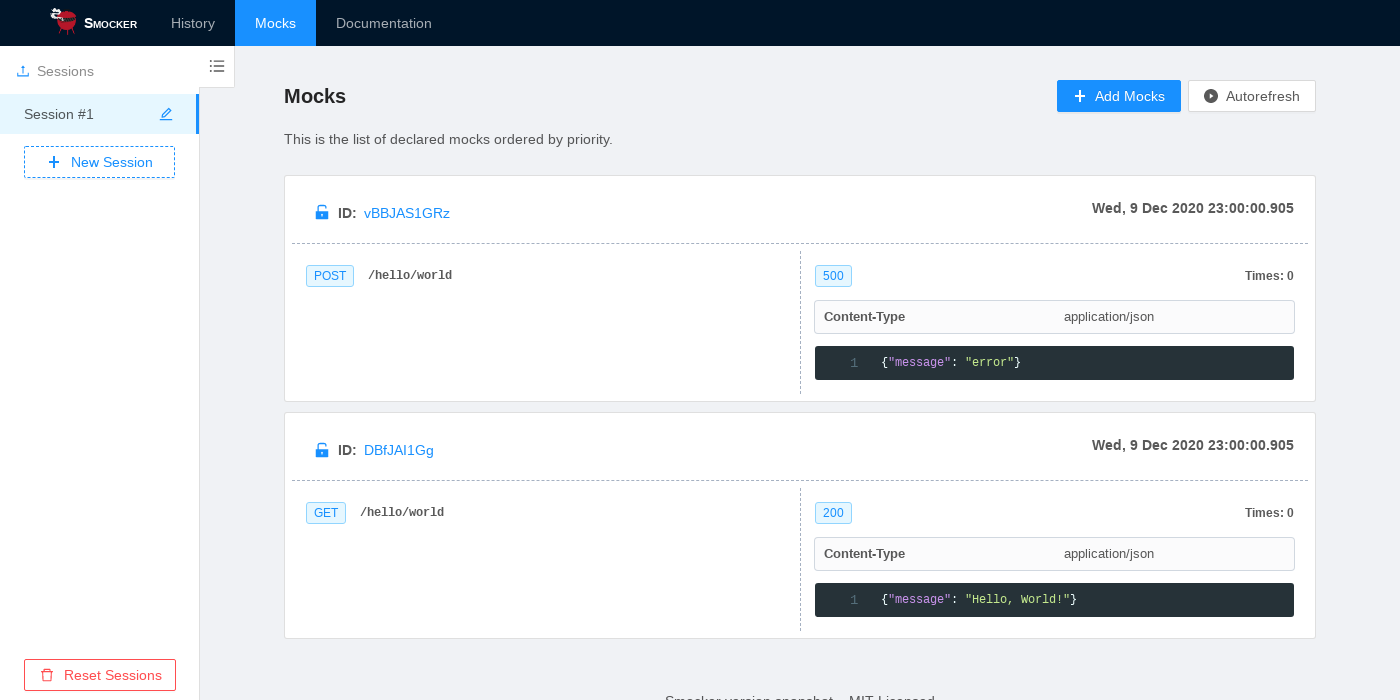 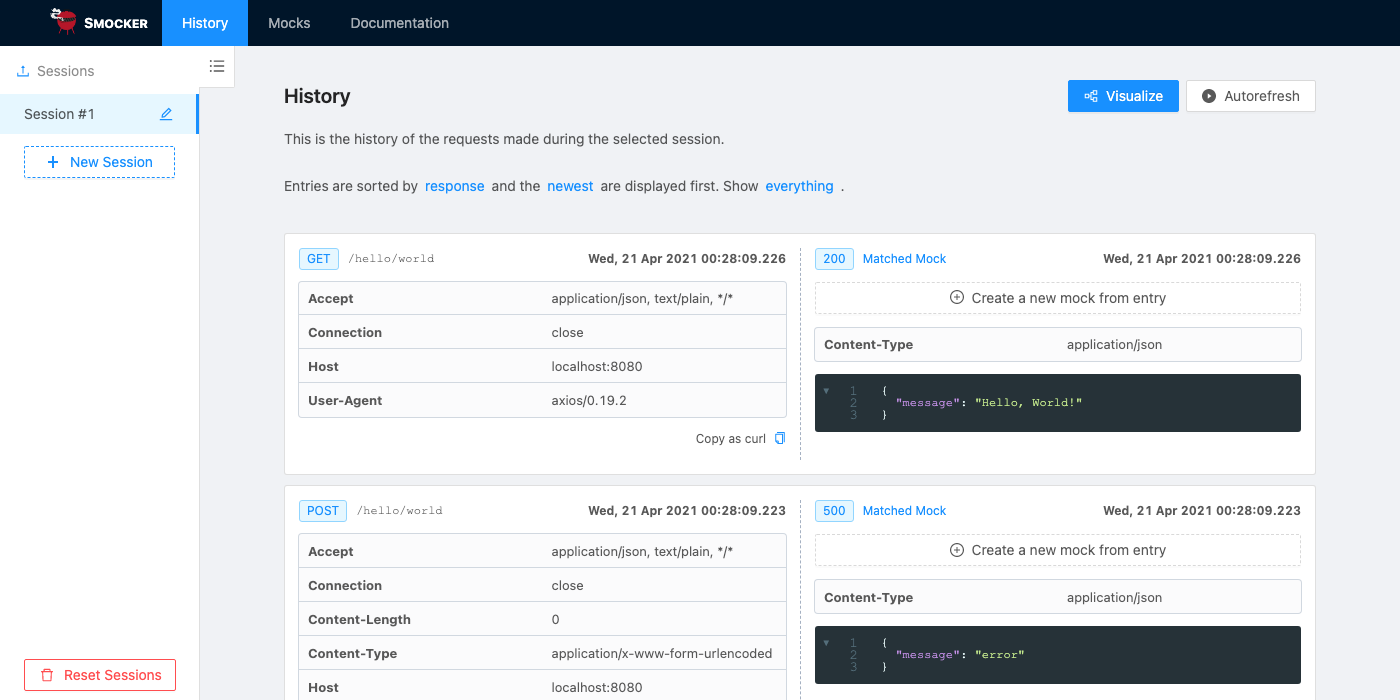